I was asked yesterday if someone was to ask what my speciality was what would my reply be ? And “dragons” was not an answer……. 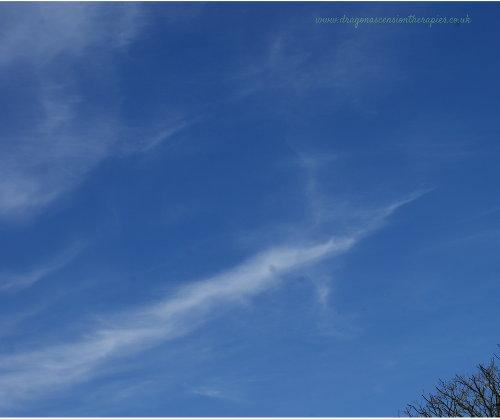 It came every quickly

I’ve said this quite a few times over the year so far and it’s now really taking hold. I’m focusing on this – I’m being shown new skills and tools and how to take this further, and how to pass this to others.

So that’s what I’m doing – sharing where allowed as it forms in the background.

I had run from parts of this recently but I now realise there is no need for that. The rest is all distraction in its current form but with a shift in perspective I can see their purpose with a tweak here and there.

So yes I work with dragon energy and it works through me but thats not how I define/self-limit myself , and that’s not what I am here to teach.

There I’ve finally said it instead of skating round it.

That’s been a big change in direction for me – last year I was shown I would be teaching about dragon energy and how to work with it – that’s now all turned on its head as I’ve gone past that point now. I had started to write it up but it got pulled by my team and we’ve gone in a different direction that’s more inline with who I am and what I do.
Other people are stepping up to take that teaching role on which is perfect – it was an expectation of others that I would do this, that’s why it wouldn’t flow. It’s too personal for me to share that at this time as I do this differently from most. So I’ve stepped back.

A few people may be disappointed and all I can say is give it a bit of time and the right channel for this will step in.

My energy is not right for that role now and I fully acknowledge this.

What I will be teaching and bringing forwards will be as blunt as everything else has been recently , so it won’t be for everyone. It will be for those people who have started their work and gotten stuck – or are seeing the shadow aspects that have been hidden or denied by the bulk of the “lightworker” field for so long and are confused or feel let down by it all.

That’s my role at this time – truthfully it has been for quite some time, it’s just taken me a while to admit it. And that’s ok – I’m still human and have doubts – and in all honesty would you believe me if I was in here all signing and dancing shouting about how great I am and what I can do for everyone???? No, didn’t think so.

So I’ll keep focusing on what I’m here to do, helping those I’m mean to help and sharing what comes forward at the right time.

And to those of you who stick with me – thank you.